Food and Beverage Manufacturers Pass Higher Costs on to Consumers 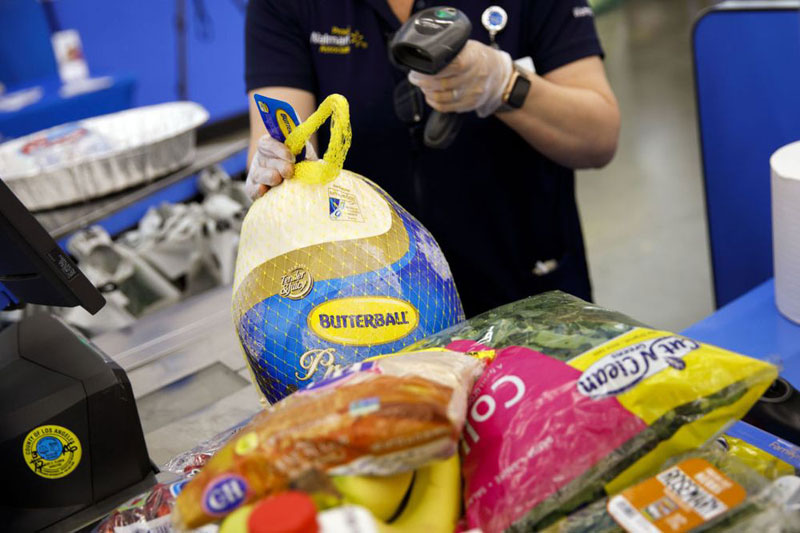 We all feel this is coming and we thought we would share this blog article from Christopher Doering with fooddrive.com

As inflation rages, food and beverage manufacturers pass higher costs on to consumers.

Coca-Cola, Nestlé and General Mills are just a few of the CPGs to announce hikes as they face a jump in expenses for ingredients, manufacturing, packaging and transportation.

Food and beverage manufacturers are facing higher input costs across their businesses, leading to a jump in the prices consumers pay for everything from peanut butter to turkey that is likely to ensnare other offerings this year.

The pressure is coming from all sides. Beverage makers are facing a jump in expenses for packaging like aluminum. Meat prices are on the rise as the cost for grain to feed animals like turkey and hogs climbs. A surge in freight, transportation and manufacturing costs as well as pandemic-related expenses also are weighing on producers. These come on top of investments by CPGs in innovation to respond to consumer trends, boost their e-commerce presence and lessen their environmental footprint.

“Before we might have seen price increases because of a certain raw material, or feed for animals, but we’ve never seen this perfect storm hit packaging, transportation, cost of goods, all of the above, while at the same time we have certain overarching issues that the industry is coping with like sustainability,” said Phil Lempert, a food industry analyst and editor at SupermarketGuru.com. “It’s a mess. It really is, and as a result the money has to come from somewhere.”
Coca-Cola, Unilever, Nestlé, Mondelez International and General Mills are just a few of the companies whose executives have announced price increases in recent weeks or telegraphed to Wall Street that hikes are coming later in 2021 to offset rising expenses.

“We now see broad-based inflation across our various commodities, packaging materials and transportation costs,” Mark Schneider, Nestlé’s CEO, told analysts last month. “Not all of these items can be hedged, and our hedging cover for a number of commodities will run out over time. We are raising prices where appropriate.”

Federal Reserve Chairman Jerome Powell said in March further upward pressure on prices across the U.S. economy could take place “if spending rebounds quickly as the economy continues to reopen, particularly if supply bottlenecks limit how quickly production can respond in the near term.”

Any further increases in food and beverages would come on top of pressure already placed on the industry. Food at home posted a scant 0.1% increase in March from the prior month, but that follows a 3.3% jump in the prior 12 months, according to the Labor Department’s recent consumer price index report. The six major grocery food groups measured by the department have increased in the last year, ranging from 1.6% in dairy and related products to 5.4% in meats, poultry, fish and eggs.

The jump in expenses is causing food and beverage manufacturers to assess all aspects of their business in a bid to wring out costs, including their product mix, supply chain and promotions.

The inflation and corresponding price increases have been a frequent topic of discussion during recent earnings calls across the food and beverage landscape.

Dairy giant Danone said in its first quarter earnings report released in April that it was forecasting “a broad-based acceleration of inflation in milk, ingredients, packaging and logistics.” In its third-quarter earnings call, J.M. Smucker told analysts it implemented “pricing actions in response to higher costs and competitive supply disruptions,” including a price boost for its Jif peanut butter that was quickly copied by its competitors.

Coca-Cola CEO James Quincey noted in an interview with CNBC that while the world’s largest nonalcoholic beverage maker is well-hedged this year, “there’s pressure built up for ’22” that will necessitate some price increases. We intend to manage those intelligently, thinking through the way we use package sizes and really optimize the price points for consumers,” Quincey told the business network.

Hormel Foods has already implemented a series of price increases in products such as Skippy peanut butter, Columbus Craft Meats, Spam, deli meat and Jennie-O, whose turkey offerings have been hit hard by escalating grain prices. “While I am confident in our pricing power and expect margins to stabilize in the back half of the year, continued escalation in grain prices will require additional actions,” Jim Snee, Hormel’s president and CEO, said in February.

“Before we might have seen price increases because of a certain raw material, or feed for animals, but we’ve never seen this perfect storm hit packaging, transportation, cost of goods … It’s a mess. It really is, and as a result the money has to come from somewhere.”

John Boylan, a senior equity analyst with Edward Jones, said the fact that inflation is impacting a large swath of companies in the food and beverage space rather than one specific category increases the likelihood that the price increases will be accepted by grocers and passed on to the customer.

David Marberger, Conagra Foods’ CFO, underscored this point during the company’s third-quarter earnings call in April when he told Wall Street that “history shows us that price adjustments are more likely to be accepted in the market when industry-wide and broad-based input cost inflation occurs, and that’s the environment we see today.” The snacks and frozen meals producer has already passed on some price increases with others yet to come, he said.

Getting retailers on board

Analysts said in addition to costs like ingredients and transportation, there is an understanding among retailers that their CPG suppliers are spending more to boost their e-commerce presence and innovate their product offerings to fit with current food trends. Price increases provide more money to invest in these areas.

“Since it’s in everybody’s best interest to see the category healthy and growing when input costs tend to hit everybody across the board, we think those discussions probably are a little bit more acceptable than other times,” Boylan said. “If it was just one or two companies, that would be a tougher discussion to have.”

Smucker President and CEO Mark Smucker told The Wall Street Journal that the jam, pet food and coffee maker partners “with the retailers to make sure it’s justified and that we move together.”

Store executives are already facing pressure on their own bottom line to make or maintain COVID-19-related initiatives, like sanitizing carts, wiping down the conveyor belt or installing plexiglass shields at checkout.

They’re also cognizant that consumers dolled out more money during the pandemic for food, either by switching to another brand when a preferred product was out of stock or paying to get their food delivered, Lempert said. And as dining restrictions are lifted, sales that may have gone to supermarkets before are being spent by consumers to go out for a meal at a restaurant, further cutting into the massive profits retailers made during the pandemic.

Vivek Sankaran, Albertsons’ president and CEO, told analysts last week the grocery giant is currently tracking at home inflation of 3% to 4%. So far, he said product demand is outstripping supply in many categories, and consumers for the most part are financially healthy — a sign they would be willing to accept at least some price increases. He said if inflation outpaces its current rate, Albertsons would need to have some hard discussions with its CPG suppliers.

Still, Lempert said with grocers having few options but to pass on increases, reluctant shoppers will be inclined to do more price-comparison shopping.

“I think retailers are going to have to pass them along. It’s going to be a really tough time to be a retailer taking those CPG price hikes, having consumers push back against prices,” he said. “And as a result, I think shoppers are going to shop around” for better deals by looking at channels like dollar stores, Amazon Fresh, Aldi and Lidl.

Be smart about raising prices

The price increases come as many cash-strapped consumers grapple with the loss of jobs or other economic hardships brought on during the ongoing COVID-19 pandemic.

Krishnakumar Davey, president of strategic analytics at IRI, said while the environment seems to be ripe for price increases, food and beverage manufacturers need to keep a close watch on an increasingly volatile market to see how they are being received.

Davey said demand for in-home consumption products compared to a year ago is forecast to wane as the economy reopens. Consumers are becoming more price sensitive compared to where they were just a few months ago, he said. IRI data showed a 10% increase in the price for edible products would reduce volume by 16.3% during the pandemic, whereas more recently it would result in a nearly 17% cut. Those are below pre-pandemic levels, when a 10% increase would have reduced volume by roughly 19%.

Now, manufacturers need to carefully watch how price increases are being received in each channel, including dollar store, traditional supermarket, club store or e-commerce.

They also must carefully monitor data to determine if they have room for more price increases in certain product categories, brands, pack sizes and channels, or if changes in the marketplace require a rollback on costs they only recently passed through to the consumer. Shoppers are more likely to alter their buying habits if prices are changed in frozen dinners, soups and cheeses, while beverages and alcohol sales volumes are less impacted, according to IRI.

“You have to raise prices — commodity inflation is just huge,” Davey said. “But you need to price smartly using other tools that influence your costs. You can’t try taking the price up across the board.”